The Netherlands has known a liberal drug policy already for several decades, so it is not surprising that the Dutch have been among the first to approach the discussion on medicinal cannabis in a practical way.

Cannabis as a medicine

In the 1990s, it became increasingly clear that a considerable group of people was using cannabis for medicinal purposes, bought on the illicit market. Simultaneously, a growing number of Dutch health officials agreed that scientific proof on the effectiveness of cannabis still was insufficient. But they acknowledged that the perceived dangers of cannabis use no longer outweighed its potential beneficial effects to certain groups of chronically ill patients. 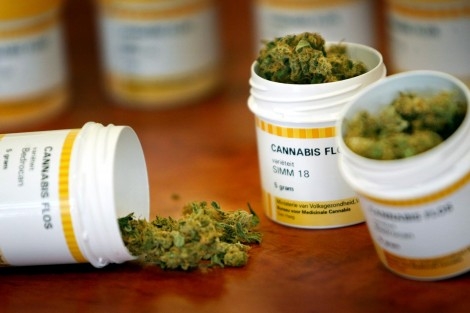 A reliable source of medicinal cannabis

Its unofficial (tolerated) status made it impossible to guarantee the quality, consistency, or origin of the cannabis found in the illicit market. Therefore, in order to supply these patients with a safe and reliable source of high quality cannabis, the Office of Medicinal Cannabis was established in March 2000. It started acting as a National Agency on 1 January 2001. The OMC is an organization of the Dutch Government, responsible for the production of cannabis for medical and scientific purposes, and is in full agreement with international law. Medicinal grade cannabis (in the form of dried female flowertops) finally became available in Dutch pharmacies in September 2003, on prescription only. Based on the availability and quality of clinical data and scientific literature, a selection of indications was made by the OMC for treatment with its medicinal grade cannabis.

Right from the start, a reliable source of high quality cannabis materials was considered crucial for the success of the Dutch medicinal cannabis program. Therefore a skilled breeder was contracted for the cultivation of plants under highly standardized conditions, resulting in a product with a highly consistent composition. The whole process of growing, processing and packaging of the plant material is performed according to pharmaceutical standards and is supervised by the OMC. The quality is guaranteed through regular testing by certified laboratories. Besides supplying high quality cannabis to medicinal users, the OMC also provides the same material for research and development of medicinal preparations based on cannabis constituents.

The availability of safe cannabis of consistent quality has proven to be crucial to good research, as it opened up the way for long term quantitative studies on cannabis and its constituents on a national level. Currently, a variety of laboratories and research groups cooperate for quality control, fundamental research and clinical development. Cannabis research in The Netherlands is blooming, with a clear focus on scientific outcome, rather than on repression of cannabis use.

Under these favorable conditions the Leaf Expert was founded in 2008.